The world’s longest-running children’s TV show has today unveiled Derry-born Adam Beales as its newest Blue Peter presenter. Adam is the 40th Blue Peter presenter and will co-host alongside Lindsey Russell, Richie Driss, Mwaka Mudenda and Henry the dog, in his first show this Thursday (September 3rd) on CBBC and BBC iPlayer at 5.30 pm.

YouTuber Adam, 20, is already familiar with the CBBC audience as he is a regular face on The Dog Ate My Homework. He left school as Head Boy with 11 GSCE’s at A* and was considering Oxford or Cambridge before his YouTube channel took off, which now has nearly 3 million subscribers and often features his mum and dad and younger brother, 11-year-old Callum. He’s best known or posting pranks, challenges, DIY crafts and life hacks so should slot right in with the ‘here’s one I made earlier’ creations on the show as well as the formidable challenges the presenters have to undertake.

In his spare time, he loves to spend time with his family while eating pizza and watching TV, as well as driving his beloved car. Despite his claim of leading a ‘boring life’ Adam loves pranking people (especially his younger brother), travelling, meeting new people around the world and living and experiencing their culture. He’s travelled from as far as the USA to Thailand. 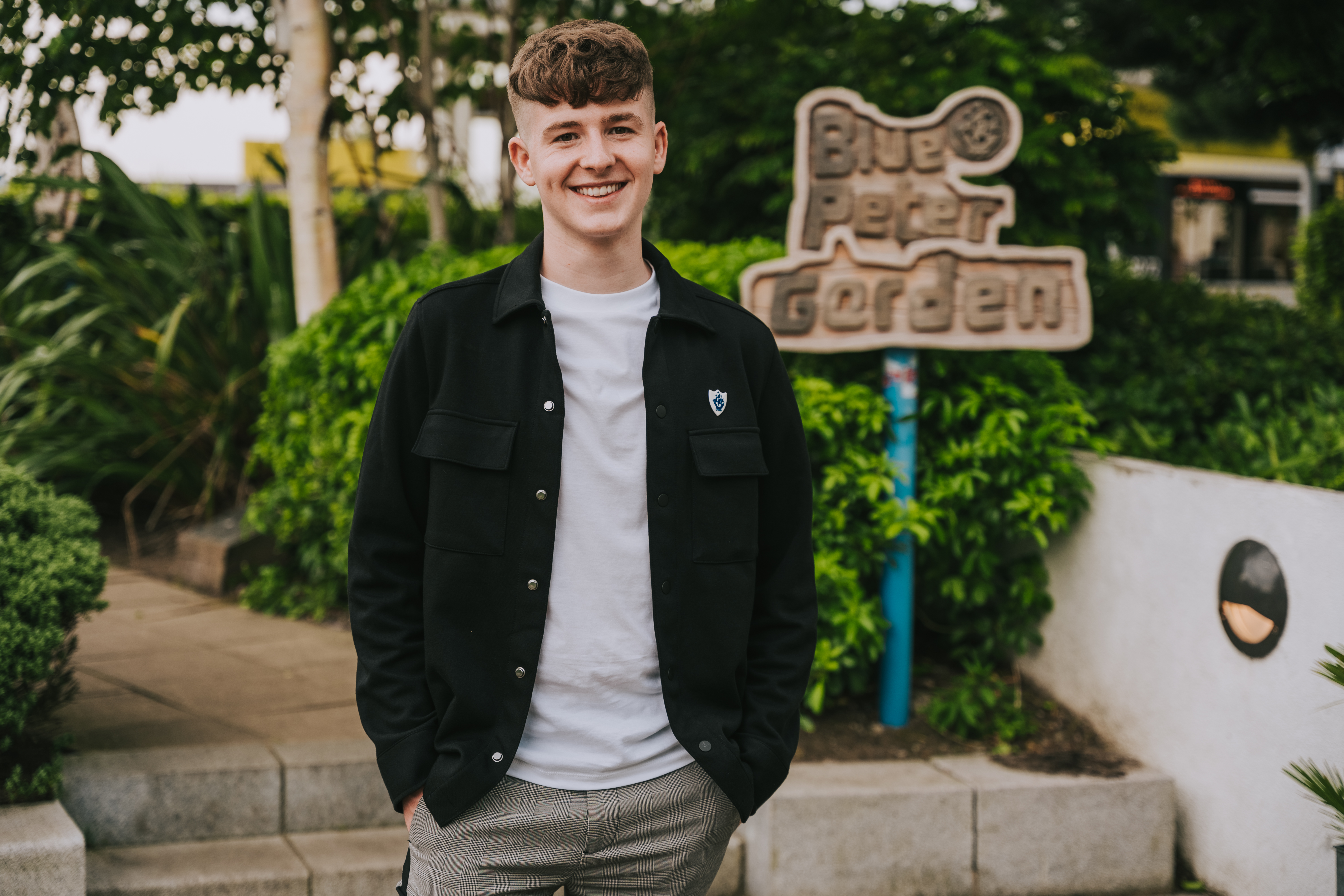 Adam says: “I’m super excited to become Blue Peter Presenter number 40. I am humbled and ecstatic to be part of such a legendary production. It’s kind of weird – in a super exciting way – that the show I once watched when I was younger, is now the show I will be presenting along with the talented Lindsey, Richie, Mwaksy and of course, Henry. I can’t wait to get stuck in, even with the challenges they throw at me, though I am hoping none of them involve cheese – I hate cheese!”

It might not involve cheese, but Adam’s first challenge is a biggie. He has been thrown straight in with a mountain rescue challenge. He will be winched down a cliff face to complete a training exercise with the Buxton Mountain Rescue team and will share the results of his challenge live in the studio in the coming weeks.

Blue Peter Editor, Ellen Evans, said: “Adam really impressed us during his auditions, he’s a natural in front of the camera, but he’s also very funny, incredibly warm, brilliant with kids and also perhaps a little bit mischievous which the Blue Peter audience will absolutely love.”

Head of BBC Children’s In House Productions, Helen Bullough, adds: “Throughout lockdown, Blue Peter fans have been telling us how much they’ve enjoyed and appreciated the show’s unstinting commitment to engaging, inspiring and entertaining them and we can’t wait for Presenter Number 40 to join us and get stuck in! Adam is playful, thoughtful and already popular with our audience, who I’m sure will give him the biggest ever Blue Peter welcome.”

Blue Peter is live on CBBC every Thursday at 5.30pm and is available on BBC iPlayer.