A+E Networks® UK has commissioned Studio71 to produce a new 18x30min series for flagship channel HISTORY in the UK.

Forged with Steele, produced by Studio71 in the UK, follows the up-and-coming star of English blacksmithing and blade-smithing YouTube personality Alec Steele, as he recreates a breathtaking array of historic weaponry, in his Norwich forge.

Using his remarkable skills, honed over a decade (Alec started forging when he was only 11 years old), Alec creates weapons that have proved decisive in some of history’s most iconic battles, from the Roman Gladius and Viking Battle Axe, to the Bowie Knife and M9 Bayonet.

Premiering in the UK this October 2018, the series is the companion piece for the HISTORY hit series, Forged in Fire, and puts a young, dynamic talent, at the heart of the schedule. 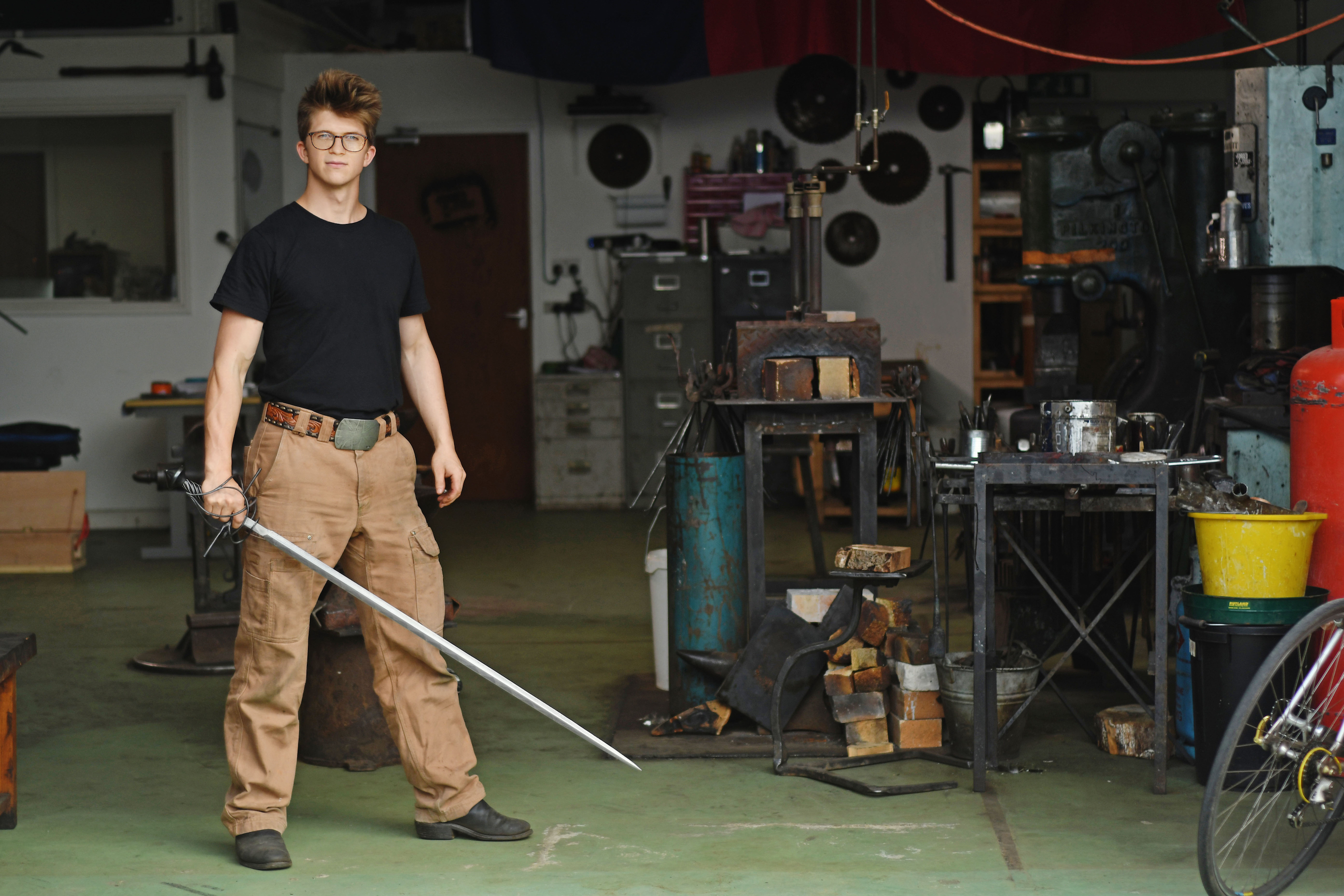 Forged With Steele has been commissioned by Dan Korn, VP of Programming at A+E Networks UK.

Dan Korn said: HISTORY first came across Alec Steele a year or so ago, when commissioning a series of short films called Forged in Britain. Since then, Alec has become a YouTube phenomenon and we are delighted to be collaborating with him on this new series, showcasing the full range of his remarkable and captivating talents.

The series is produced by Studio71 in the UK and is executive produced by Jody Smith, Creative Director.

James Stafford, Managing Director of Studio71 UK, says: We’re delighted to be working with Alec Steele in developing his content for TV and bringing his expertise to new audiences on HISTORY. Identifying talent and translating their skills, stories and expertise to both new and traditional platforms is an exciting and growing part of our business.

Forged With Steele has completed production and is set to broadcast on HISTORY UK in  October 2018, the series will then broadcast in Sweden (date to be confirmed). HISTORY is available on Sky, Virgin, BT and TalkTalk.

Forged with Steele will be distributed worldwide by Red Arrow Studios International.

Studio71 UK adds to its catalogue of podcasts with talent-led formats, 'Power Hour' and 'F**ks Given'