Directed by Rosie Westhoff and produced by Fiona Hardingham, the short film follows the story of an autistic teenager and her sister, and their emotional adjustment following the death of their youngest sibling.

Our Sister, a short film from Director Rosie Westhoff and Producer Fiona Hardingham/Adapted Pictures, is set to premiere at the British Film Institute today, Thursday 10th October, as part of the 63rd annual London Film Festival.

The short film follows the story of Tasha, a 16-year-old autistic teenager and her 14-year-old sister Zoe as they deal with the grief of losing their youngest sibling and individually coming to terms with the reality of life without her.

The story centres on the two sisters’ strong yet vulnerable bond which is seen largely through the lens of Tasha who is autistic. Its lead roles are played by autistic actor Achanti Palmer, and Lauren Corah both of which make their film debut. Supporting roles are played by John McCrea who has starred in Everybody’s Talking About Jamie and Netflix’s Dracula, and Demi Goodman who has featured in Ch4’s The Trials and on stage in Matilda and The Book of Mormon. 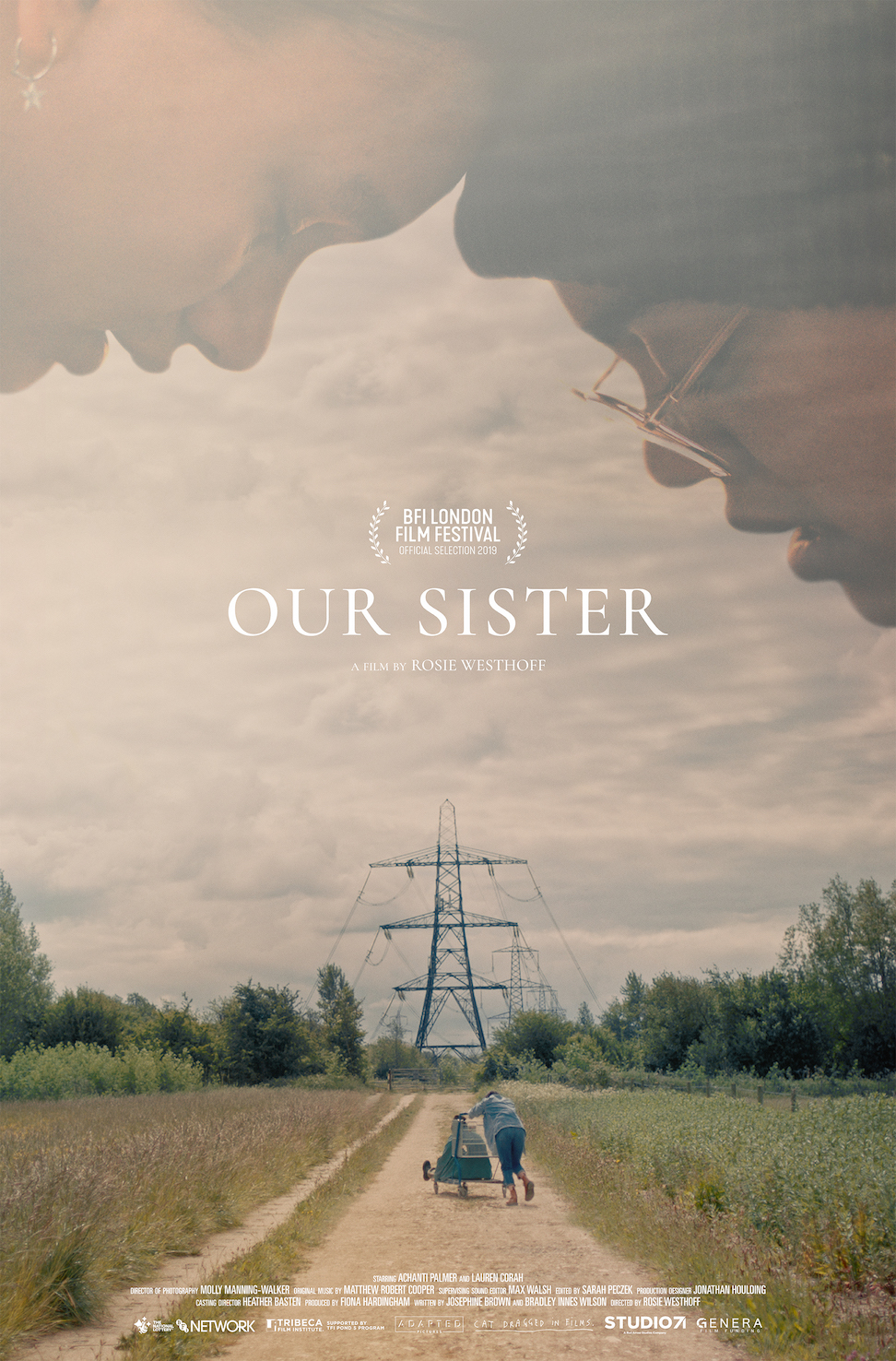 Our Sister is written by newcomers Josephine Brown and Bradley Innes Wilson and is based on writer Brown’s personal experience of growing up with an autistic brother. It is directed by Rosie Westhoff, director of films Treacle, Crush and Blue, and produced by Fiona Hardingham, Co-Executive Producer of Adapted Pictures whose previous work includes One in Five and Distemper.

Our Sister has been cast by Casting Director Heather Basten, who has worked across Nosebleed, The End of the F***ing World and Pin Cushion. It has been shot by Cinematographer and Panalux Award-winner Molly Manning-Walker who attended NFTS and won Best Cinematography for her work on short film November 1st, which has also been nominated for a Student Academy Award. Production Designed is by Jonathan Houlding who has won an Art Directors Guild of America Award for his work on The Martian and filmography includes: Exodus: Gods and Kings, Love Actually & Band of Brothers and edited by Sarah Peczek, who has credits across the Oscar-nominated film Shok, The Innocents and Peaky Blinders.

Both Director Westhoff and Producer Hardingham are passionate about capturing female-centred stories, often those at a crucial turning point in their lives and specifically those which have been underrepresented in film. Therefore, it was important for them that a strong female crew was involved in the project, over 60% of production staff that worked across various departments on the film were female. In addition to this, they brought in acting coach Miranda Harcourt to assist the film’s rehearsal process. Miranda has worked on films such as Lion, Ghost in the Shell and The Hobbit: Battle of the Five Armies.

Rosie Westhoff, Director says, “The story highlights beautifully how unique we all are and how when dealing with tragedy, such as the loss of a sibling, we all process and mourn in different ways. This led us to really consider how many stories we’ve watched with a female autistic character at the centre of the narrative and made me question how the needs of people with autism are understood and met by the mainstream. Diversity is vital in storytelling and this includes people with disabilities and certain conditions, but it’s very rarely seen. It’s brilliant that there is a growing appetite for stories about characters from diverse backgrounds. However, when it comes to disability, people are often hesitant to cast disabled actors to play these roles, but it is so important for truth in storytelling. The process of making this film and working with lead actress Achanti Palmer who is autistic has really changed me and made me see things so differently. How she navigates her world and her strength is admirable.”

The independent film has received multiple backings, including by Studio71 UK, BFI NETWORK and independent production company Cat Dragged in Films. It has also received support by Tribeca Film Institute’s Pond5 Program which helped with disability access funding for its young actors and equipment discounts from Genera.

Having launched the production arm of the business in 2018, Studio71 UK, a Red Arrow Studios company, chose to part-fund the film to demonstrate its commitment to quality independent filmmaking and to support real, authentic storytelling, especially those that hold a light to stories that are often left untold. Studio71 UK is dedicated to creating content for diverse, often underserved audiences, and in 2019 has produced numerous shorts of this nature, including the BBC Three scripted series Fully Blown, as well as three factual series for BBC platforms (Fashion Conscious, Sex in Seconds and Period Dramas), a reality wedding series for TLC UK and an 18-part series for A+E’s HISTORY channel (Forged With Steele). In addition, it produced the independent scripted mini-series Last Dates, directed by Ben Mallaby, which was nominated at the LOCO Film Festival for Best Ensemble and was a part of Encounters Film Festival’s Official Selection.

Our Sister will premiere on Oct 10 at BFI, Southbank and will be followed by an additional screening on Oct 12 as part of the ‘London Calling’ programme. Click here for more information.

Moxie Announces a Multitude of New Creator Signings from the Comedy, Entertainment and Fashion and Beauty Worlds