Studio71 UK adds to its catalogue of podcasts with talent-led formats, ‘Power Hour’ and ‘F**ks Given’

Studio71 UK adds to its catalogue of podcasts with talent-led formats, ‘Power Hour’ and ‘F**ks Given’

STUDIO71, a Red Arrow Studios company, has continued its expansion into the podcast business with two original, empowering and female-fronted podcasts launching this week, which will contribute to the health and wellness space.

‘Power Hour’ is hosted by international speaker, fitness coach, influencer and global Adidas ambassador Adrienne Herbert, who has previously featured in British VOGUE, Women’s Health, Huffington Post and was runner-up in Cosmopolitan’s 2018 Influencer Awards. The podcast revolves around Adrienne’s renowned concept of the ‘Power Hour’, waking up an hour earlier to dedicate yourself to actualising your ambitions, and will motivate listeners to get ahead and fulfil their personal and career goals. Each week she will interview a leading influential guest from different business sectors including Deliciously Ella founder Ella Mills and Chidera Eggerue of The Slumflower to discover the secrets to their daily routine. Adrienne will also break convention by recording mini episodes throughout the week published between scheduled episodes, providing real-time audio vlogs as to her progress, her thoughts and providing words of encouragement to her listeners.

Meanwhile, YouTubers Come Curious (Florence Barker and Reed Amber) further the conversation around sex positivity in ‘F**ks Given’ a new format that aims to dismantle the taboos surrounding sex – particularly for young people. Having actively broadened the discourse around sexual education and enjoyment with their YouTube channel, Come Curious have become key figures in the underserved sexual wellness space and possess a young, highly engaged and growing audience previously not served by traditional sex education. ‘F**ks Given’ asks both guests and listeners to celebrate their sexual pasts and participate in the conversation around sexual histories to promote a healthy and honest culture around sex. 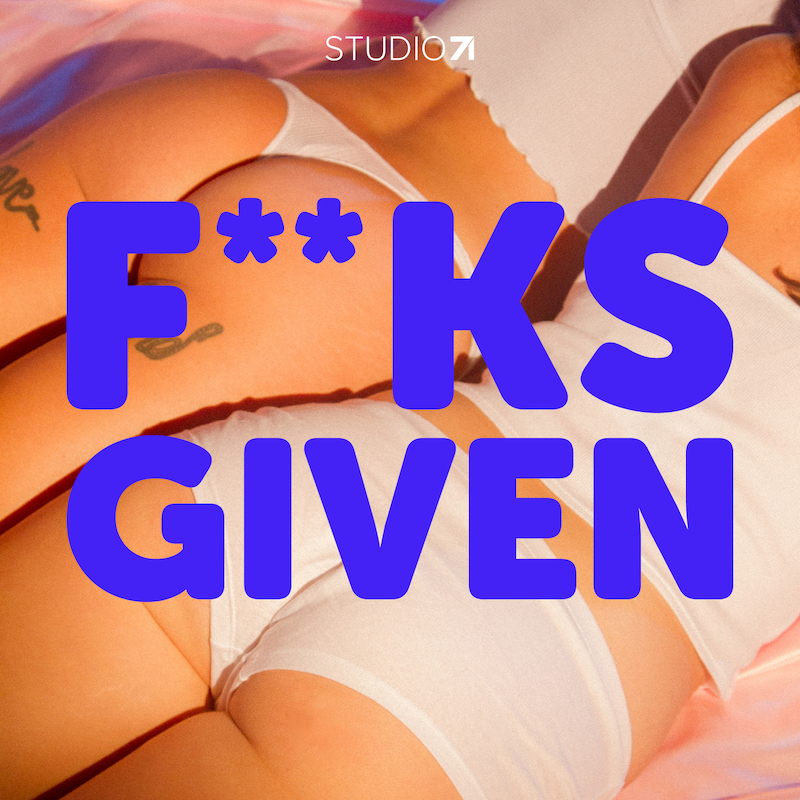 ‘Power Hour’ and ‘F**ks Given’ bring the total number of podcasts from the UK arm of STUDIO71 to four, having launched the No. 1 iTunes charting podcast ‘Educating Josh’ with YouTube creators Luke Cutforth and Lucy Bella Earl and ‘Every Day Hustle’ with Tyler West in the third quarter of this year. All podcasts are part of a global STUDIO71 initiative to redefine the podcast landscape by developing, producing and distributing unique and powerful content for a millennial audience.

Tom Payne, Executive Producer on the series says, “STUDIO71 is exceptionally pleased to launch two fantastic female fronted series this month. While both podcasts seem at the opposite end of the scale from one another, they revolve around subjects of importance to young listeners and target the same core demographic of intelligent, diverse and influential 18-30-year-olds. There’s long been a gap in the market for such content and addressing the needs of these audiences has been a major priority for us this year and will continue into next year.”

‘Power Hour’ and ‘F**ks Given’ will build upon STUDIO71’s repertoire of creator-first content, introducing its talent to new audiences while continuing to deliver authentic storytelling on a large scale. There is still more to come from STUDIO71 with scripted projects in the works, including those with more traditional talent, which will be seeded out from the beginning of 2019.