The sex-positive podcast, F**ks Given with YouTubers ComeCurious is one of only five podcasts selected in the Health & Wellness category for this prestigious accolade.

Studio71 UK, a Red Arrow Studios company, announces it has been nominated for Best Health & Wellness Podcast in the 24th Annual Webby Awards. The podcast is one of five best podcasts selected in the category and is one of 13,000 entries received in this year’s Awards ranging from over 70 countries worldwide.

Vote for ‘F**ks Given’ in the Webby Awards here

Hailed as the “Internet’s highest honour” by The New York Times, The Webby Awards, presented by the International Academy of Digital Arts and Sciences (IADAS), is the leading international awards organization honouring excellence on the Internet.

“Nominees like Studio71 UK are setting the standard for innovation and creativity on the Internet,” said Claire Graves, Executive Director of The Webby Awards. “It is an incredible achievement to be selected among the best from the 13,000 entries we received this year.” 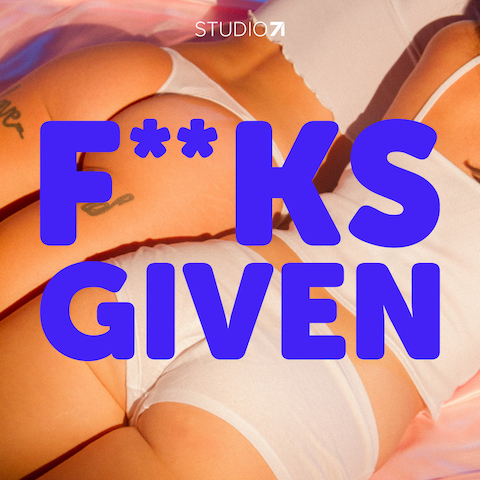 ‘F**ks Given’ is a weekly podcast hosted by sex-positive activists and YouTubers Come Curious (Florence Barker and Reed Amber) which helps to further the conversation around sex, helping dismantle its taboos – particularly for young people. The podcast, which has had over 1 million downloads since it was launched, asks both guests and listeners to celebrate their sexual pasts and participate in the conversation around sexual histories to promote a healthy and honest culture around sex.

Having actively broadened the discourse around sexual education and enjoyment with their YouTube channel, Come Curious have become pioneering figures in the underserved sexual wellness space and possess a young, highly engaged and growing audience previously not served by traditional sex education. ComeCurious are signed to Studio71 UK’s boutique talent management company Moxie, and are one of over thirty social talents on its client roster it is developing for different platforms.

The podcast is eligible to win a Webby People’s Voice Award, which is voted online. From now until May 8th, F**ks Given fans can cast their votes here

‘F**ks Given is available on Apple Podcasts, Spotify, acast & all good streaming platforms. It is a Studio71 production, produced by Jack Claramunt and Winnie Simon, executively produced by Tom Payne and Jody Smith. For more information on Studio71 or its podcast slate, contact phie.mckenzie@studio71uk.com

About The Webby Awards
Hailed as the “Internet’s highest honour” by The New York Times, The Webby Awards is the leading international awards organization honouring excellence on the Internet, including Websites, Video, Advertising, Media & PR, Apps, Mobile, and Voice, Social, Podcasts, and Games. Established in 1996, this year’s Webby Awards received nearly 13,000 entries from all 50 states and 70 countries worldwide. The Webby Awards are presented by the International Academy of Digital Arts and Sciences (IADAS). Sponsors and Partners of The Webby Awards include: WP Engine, Monday.com, Slack, YouGov, BASIC, KPMG, Adweek, Fast Company, The New Museum, and Social Media Week.